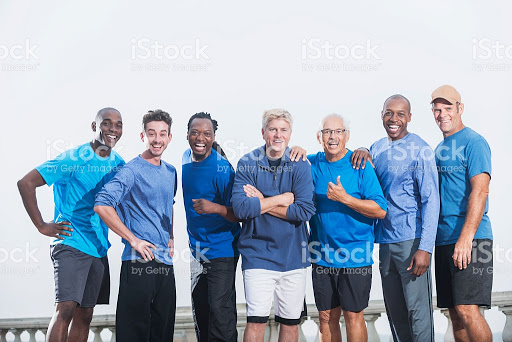 Every Man was born to dominate a certain area with His gift not to form superiority over a female,a gift here isn’t to sleep around with everything on pant,skirt and trousers. Therefore when a Man discovers His domain it means He has discover His personal purpose of leadership,in other words purpose is that area of leadership and not the other way round…… finding or discovering your gift or purpose is a source of personal,if all men knew this-they won’t be killing or fighting for political positions and there will be no envy in the world(every man was born to be a leader)

Genesis 1:26 – And God said,let us make Man in our image, after our likeness, and let them have dominion over the fish of the sea,and over the fowl of the air,and over the cattle,and over all the earth,and over every creeping thing that creepeth upon the earth”,so the plan for creating Man was for dominion(greek-Redah which means kingdom,to control,to lead,to master,to govern,to manage),…Dominate the earth with My culture,so it’s in the nature of Men to lead(that’s why Men  hate it when they are being told what to do or when you try to dictate them),Men were designed to be in place of authority,to lead and to rule But not over people King charming isn’t meant to rule over Queen charming😃or another man But to dominate the earth(that’s God’s plan). Man was created to dominate the resources of the earth in an area of gifting so the key to life is finding that area of gifting(now this becomes the area of domain for guys, boys and real King’s.

The males foundational responsibility is to be in God’s presence first,pursue his work(purpose)and take care of his responsibilities including the Queen… work here means to become,manifest,fulfill,discover and become what you were created to be through self manifestation,work isn’t something you do and it’s different from a job(which is something you are paid to do and it’s a skill),work here is what you were born to do(your gift),you can be fired from your job but you can’t even retire from your work.a man that depends on his job only is bound to struggle, God has envelope these gifts(work) in all men but the problem is that most men never discover it and they get trapped in their job and sooner or later they become frustrated and tired,true fulfilment and happiness is found in purpose(work). When you try to distract a man from his work,he becomes frustrated. It’s stupid of a man to place a woman first as a priority over his, because they are glorified failures already. A man’s work is what is meant to attract a woman because God gave him work before the woman,the KING is meant to discover his purpose before looking for a woman. Many women are frustrated today because they are with a man that is yet to discover his purpose, a man gets his worth from his and he is known by his value and not by his woman. you can marry the most beautiful woman but purpose is what will maintain that beauty least it diminishes,only men with no value beats their partners. His work is what makes him feel important,act responsible,respect and cherish his lady,his self esteem gets higher. Eve met Adam in God’s presence and he was working so a lady is meant to locate a man that is living in purpose(if you want to live a soft life),all these roaming around disturbing and distracting ladies is simple because you don’t have work(narrowing their goal to just sleeping with ladies).. a woman was created to help the man as an helper and before she does that the man must have something doing for her to help to build,how would you feel if all your efforts ended up in a bar or another females hand bag?this the essence of purpose,you don’t  just bring some body’s daughter out of her fathers house to suffer or as a punching bag,lack of purpose will make a man get attracted to a flat creature that only has an exist route

You can always tell what you gave to a woman by what she will give back to you,a woman is frustrated with a man that lacks vision! Vision gives the man a sense of meaning,vision provides security and meaning for the female and the entire family Proverbs 29-18a “where there is no vision,the people perish”.. the woman’s dream is in the man’s dream,its not a competition. It is the responsibility of the man to provide a place for the lady to flourish with all that she is equipped with.

(what you are being paid for,what do you do again?nobody remembers you coz of money but you are remembered for the impacts that you made. Job prepares you for your work,work is permanent(contains sustainable goals with plans),it gives the lady security.. vision is personal but not private and it’s more important.

The difference between what you see and where you are is called PLAN,do you have plans? Do you see the end from the beginning? You don’t look at your current statues but be moved by how powerful your visions are backed up with sustainable plans to achieve them… a Great man sits a lady down broke(offering her nothing)telling her the unseen dreams you have, if she can’t believe that let her go! If she believes in you stick with her-you both will be great together,don’t forget …Above all, your visions must benefit God’s kingdom(the source)

How do you cope with a lady that get too jealous whenever she sees you chatting with your female friends?

Album Of The Month

Singer Seyi Shay pressured to get married by fans